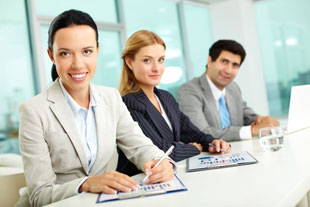 A Gender Pay Gap: Does it Exist for Technology and Engineering Professionals?

In evaluating the comparative career progress and employer-measured worth of men and women across the country, no single metric is more broadly used than wage comparisons.  During recent years, study upon study has been released showing how the genders measure up to each other from a purely financial perspective in the workplace.  Considering this at the macro level, salary should be a neutral and effective measurement item.

Ideally, salary encompasses a variety of factors that include work experience, peer-level backgrounds, potential for advancement, competitive marketplace issues, corporate need, and the list goes on.  In a perfect world gender should have little or no role in determining a fair compensation package.  Then why is it that in virtually every analysis we’ve seen, men continue to outpace women in pay scales for essentially the same job responsibilities? To delve deeper, It would be interesting to take a closer look at two relatively high-paying, intellectual, gender-neutral fields, technology and engineering, to see how the salaries of men and women compare.

It is necessary to acknowledge that this topic has been so intensely measured and evaluated that it has driven reams and reams of results. All these studies have been conducted by reputable concerns.  Results are generally consistent with many aspects of the evaluation criteria, but with some aspects the results can vary widely, and, in fact, be contradictory to previous studies. The reader will have to be the judge of what themes and analysis emerge as the studies continue to be reported.

On April 7, 2014, we acknowledged “Equal Pay Day,” the date that symbolizes how far into the current year the average American woman would have to work to earn what the average American man earned for 2013. According to the White House, American women working full time earn about 77% of what their male counterparts make.  Using a “work week” as the basis for measurement, this means that women have to work approximately 60 extra work days, or about three additional calendar months, to earn what men earned by the end of the previous year. However, according to the Pew Research Center, based on the hourly earnings of both full and part-time workers, women earn 84 percent of what men earn. Using that estimate, it would take approximately 42 extra work days, or through the end of February for women to earn what men had earned by the end of the previous year.

Even though women have increased their presence in higher paying jobs traditionally dominated by men, such as professional and managerial positions as well as Board of Director positions, women as a whole typically continue to work in lower paying occupations than men. And some part of the pay gap may also be due to gender discrimination as women are about twice as likely as men to say they had been discriminated against at work because of their gender (18% vs. 10%).

The world of technology is generally considered fast-paced and highly competitive with many companies seeking employees from a very small talent pool. Author Cynthia Than wrote a piece for Business Insider earlier this year that had numerous insightful observations.  Silicon Valley has long suffered the reputation of being unwelcoming to women, but whatever problems women may have with the tech industry, wage discrimination isn’t necessarily one of them says Than. She states that new research shows that there is no statistically significant difference in earnings between male and female engineers who have the same credentials and make the same choices regarding their career.

A recent study by Christianne Corbett and Catherine Hill for the American Association of University Women examined data on approximately 15,000 graduates to estimate the effect of gender on wages. Their sample was restricted to those under 35 years of age receiving a first bachelor’s degree, in order to avoid confounding factors which affect labor market outcomes. Regression analysis was used to estimate wage differences, after controlling for the following choices and characteristics: graduates’ occupation, economic sector, hours worked, employment status (having multiple jobs as opposed to one full-time job), months unemployed since graduation, grade point average, undergraduate major, type of institution attended, age, geographical region, and marital status.

According to the study, jobs in technology and engineering have both achieved true gender “pay equity”.  When controlled for all factors other than gender, the earnings difference between men and women is about 6.6%, something about which many people are unaware.  It is generally believed that the casual observer often has an exaggerated view of the gender wage gap since occupational choices aren’t reflected in the statistics that are cited when the topic of wage equality is discussed in the media.

As encouraging as this may seem, women make up less than 15% of all job positions at Fortune 500 companies, according to Catalyst, a research organization aimed at boosting women at work.

Another researcher opined that high-paying, traditionally male-dominated fields, such asengineering and computer science tend to be daunting workplaces for women at all job levels.  The lack of women in the tech industry is something that’s been agonized over.  Who’s right, who’s wrong and what numbers we should believe is an ongoing process that will continue to be studied, hopefully providing better data and insights with each subsequent studies.

To add an unusual perspective to this discussion, consider the very interesting tale of Evan Thornley that the Australian press just recently covered. Thornley, a noted and influential Australian tech executive and former politician, told a technology startup conference that when he ran a previous company, he was able to hire talented women who were “relatively cheap”  and he began his remarks by saying that the undervaluation of women in technology presented an opportunity for his online advertising company LookSmart.  “Call me opportunistic, I just thought I could get better people with less competition because we were willing to understand the skills and capabilities that many of these women had,” he said.

But then he went on to say, “There’s a great arbitrage there, we would give women more responsibility and a greater share of the rewards than they were likely to get anywhere else and that was still often relatively cheap to someone less good of a different gender.” He said he didn’t want the gender wage gap to necessarily continue, but that it provides “an opportunity for forward thinking people.” He also drew a good deal of criticism for including a slide that sarcastically said: “Women: Like men, only cheaper.”

Thornley isn’t necessarily wrong to say that women make less and are likely undervalued.  As we’ve seen, some of the gap can be accounted for by considering a variety of factors, but a portion of it continues to defy explanation leaving room for the possibility of discrimination. The gap does indeed exist when age, education, hours, and race are taken into consideration.

Statistics would seem to show that there is a good supply of qualified women from which companies can recruit. Women hold 41% of science and engineering degrees but fill slightly more than 25% of all technology jobs. A handful of big name tech companies such as Apple, eBay, Twitter, Yahoo and Pinterest, for example, recently released their workforce demographics and no company had more than a quarter of women among their technology employees. That’s a lot of talent not being utilized.

Many of these companies have pledged to do better.  Data already suggests that the gender pay gap is less pronounced in tech/engineering than in some other industries. Meanwhile, women’s wages as a percentage of men’s have been gaining ground recently, not just in technology but across the economy as a whole. The gender pay gap in tech is still worth some concern because the sector is essential to our national economic well-being. But we’re on a promising trajectory.

About the Author: Kristen Roper