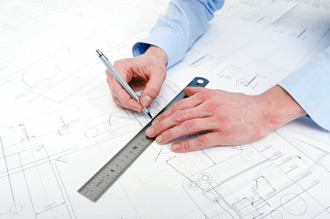 Independent Contractor vs. Employee Why the Contract Staffing Agency Model is Best

For many years there has been an ongoing debate among employers hiring contract help. They have been asking themselves if they are better off, both in the qualitative sense as well as financially, by hiring Independent Contractors or by utilizing labor assistance in the form of W-2 employees from contract staffing agencies.

As the number of Independent Contractors, or freelancers, in the labor market has increased over the past ten or so years, this form of employment relationship has been more closely examined.  Much of this scrutiny is due to the different way taxes are handled for Independent Contractors and employees.  With direct hire employees, the employer withholds federal and state taxes and Social Security and Medicare taxes in addition to contributing half of the employee’s Social Security and Medicare tax liabilities, and paying federal and state unemployment insurance and worker’s compensation insurance.  An Independent Contractor must pay the full Social Security and Medicare amount on their individual tax returns that includes the amount normally paid by an employee as well as the half paid by the employer.  As no unemployment taxes are paid, states and the federal government both lose tax revenue.

Lately, numerous agencies in the federal government have been taking a stronger and more active role in assuring that hiring companies are interpreting and applying Independent Contractor and employee classifications accurately and appropriately.  For example, at the federal level as an active user of Independent Contractors you might face an audit from the Internal Revenue Service, an investigation by the Department of Labor which enforces federal minimum wage and hour laws, a review from the National Labor Relations Board which enforces employee’s rights to form a union; or an inspection from the Occupational Safety and Health Administration which enforces workplace safety laws.

In the Fall of 2014, the Department of Labor alone spent more than $10 Million of Federal Grant funds to help 19 states enforce Independent Contractor classification guidelines.

“This is one of many actions the department is taking to help level the playing field for employers while ensuring workers receive appropriate rights and protections,” said U.S. Secretary of Labor Thomas E. Perez. “These federal grant awards will enhance States’ ability to detect incidents of worker misclassification and protect the integrity of state unemployment insurance trust funds.”

And just this month, earlier in January, New Jersey adopted a workplace measure that assumed all new hires are employees and not contractors of any type. These guidelines, which some supporters of Independent Contractors called “onerous,” require employers to consult with third party experts before classifying any worker as an Independent Contractor and not an employee.

But let’s backtrack and take a look at the driving forces behind this issue.  To best understand the complexities, here’s what the Internal Revenue Service says about the distinction between an Independent Contractor and an employee.

As a business owner you may hire people as Independent Contractors or as employees. There are rules that will help you determine how to classify the people you hire. This will affect how much you pay in taxes, whether you need to withhold taxes from your workers paychecks and what tax documents you need to file.

Listed below are the distinctions every business owner should know about hiring people as Independent Contractors versus hiring them as employees.  The Internal Revenue Service uses three basic characteristics to determine the relationship between businesses and workers. Ask yourself what is best for you and your business.

Where things get tricky is when a business or organization assigns duties traditionally performed by an employee to a freelancer or Independent Contractor.  As previously mentioned, these workers are paid with no taxes withheld and no tax contribution on the part of the business.

To be a true Independent Contractor, one element that must be met is that the workers are assigned a project and given a deadline. When and how they do it, however, is up to them.  Again, the Internal Revenue Service is quite clear about this.

“You are not an Independent Contractor if you perform services that can be controlled by an employer with respect to what will be done and how it will be done. The Internal Revenue Service rule says “This applies even if you are given freedom of action. What matters is that the employer has the legal right to control the details of how the services are performed.”

Control is the key word here. And many employers increasingly are requiring Independent Contractors to behave like employees. So, if you have the right to control or direct not only what is to be done, but also how it is to be done, then your workers are most likely employees.

From a tax liability and penalty assessment perspective, there are a number of very important items that a company needs to consider. This is becoming even a more substantive issue now that the Internal Revenue Service and other federal agencies are cracking down on Independent Contractor misclassifications.  Employers who misclassify workers as Independent Contractors can be required to pay substantial tax bills. Additionally, they can face penalties for failing to pay employment taxes and for failing to file required tax forms.  You may have to:

So, while there may be immediate short-term savings associated with your company hiring Independent Contractors, it seems intuitively obvious that there are important, long-term reasons to have employees doing your work, or, alternatively, having employees from a staffing agency perform the work tasks.

In other articles on our website, we’ve previously covered the many benefits of using a contract staffing agency. Most importantly is our knowledge of your employment issues and objectives, and our ability to attract top-notch, experienced, and sophisticated talent.

With all the increased scrutiny, it now appears that using contract staffing agency employees to help you develop your business while remaining legally compliant is yet another reason to use our professional contract staffing services.  Over the long haul it’s a far more preferable way of meeting work requirements than your company having to hire Independent Contractors with all of the associated risks.

About the Author: Kristen Roper